John, Mimi and family and Sandbanks 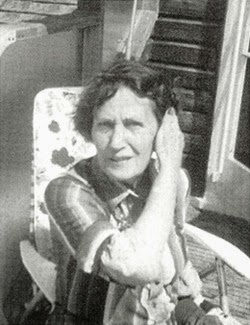 I stumbled on the excellent Tumblr page CynthiaLennonLove recently and found a post dedicated to John and Mimi at Sandbanks, complete with photos of various family members.

The text recounts the story told in the book Yeah Yeah Yeah: The Beatles & Bournemouth, of John and Cynthia taking Mimi house hunting for a property by the sea after the premiere of Help! They settled on a bungalow called Harbour's Edge, at 126 Panorama Road, Sandbanks, which John bought for £65,000. Mimi moved in during October 1965 after which John and Cynthia and baby Julian became fairly regular visitors, particularly in the summer of 1966, as
seen in these photos. 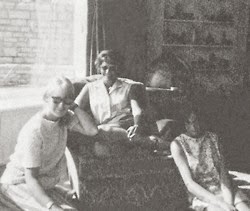 The first shot (above) shows Mimi sat outside at Harbour's Edge. Pictured right is Cynthia on a family visit with John's aunt Harriet and halfsister Jacqui Dykins (taken from Julia Baird's book John Lennon My Brother) and below that from the same book is a snap of John relaxing with his cousin.

The story goes that John called Harbour's Edge "The most beautiful place I know" and loved visiting because people would leave him alone. 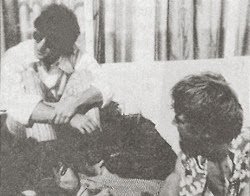 Cynthia recalled one trip to the seaside at Sandbanks where they frolicked on the beach, built sandcastles, swam and enjoyed a picnic with Julian.

Much later Mimi remembered one instance when a photographer tried to snap John and the family on the beach. She was horrified but her nephew must have been in a forgiving mood, telling her not to worry and that he hoped whoever tipped off Fleet Street's finest had
managed to make a couple of bob! 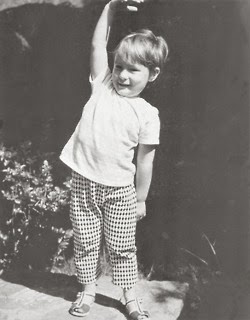 John also managed a visit with Julian in April 1967, in the run-up to the release of Sgt Pepper's Lonely Hearts Club Band on 1 June.
On that occasion he and Mimi were photographed with Julian by the Sandbanks Ferry. This image of Julian appears in Andrew Solt's book Imagine.

Mimi lived at Harbour's Edge until her death in 1991, at which point John's widow Yoko sold it. Other than a few squatters and some rave parties the house remained empty until it was demolished in 1994 to make way for two luxury homes. Sandbanks now boasts the fourth most expensive land prices in the world behind Belgravia, Upper Manhattan and Moscow, but ahead of Tokyo and Paris.

Read the full post here. Former milkman Tony O'Hara shared more memories of Mimi at Harbour's Edge and an account of what Sandbanks was like in the 1960s and 1970s, in this article from Dorset Life.

Posted by Yeah Yeah Yeah: The Beatles and Bournemouth at Thursday, July 24, 2014