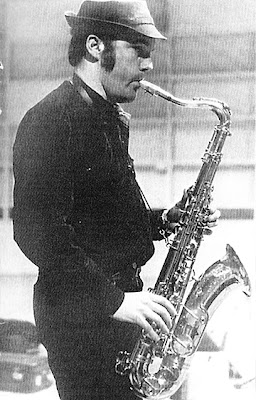 Howie Casey is a name every Beatles fan should know. He was right there at the start of it all, honking his sax as rhythm & blues got a grip on Merseyside and elbowed skiffle out of the way. It's not that The Beatles wouldn't have existed without Howie, but they would have sounded a lot different.
Howie has lived in Bournemouth since the late 1970s and shares his story in Yeah Yeah Yeah: The Beatles & Bournemouth.

It's adapted here and the first part goes a bit like this...

John Lennon famously said although he was born in Liverpool he grew up in Hamburg, but if one of Merseybeat’s unsung heroes had his way Lennon and his Beatles running mates may not have even made it to Hamburg.
The first Liverpool band to make the trek to the bright lights and fleshpots of Hamburg was a rockin’ R&B outfit by the name of Howie Casey & the Seniors.
Led by the imposing sax man Howie Casey, who’d honed his instrumental skills in the late-50s during three years in khaki in the King’s Regiment, the Seniors got together in 1958 united behind Howie’s love of sax-driven R&B as practiced by the likes of Little Richard, Lloyd Price and Fats Domino.
By 1960 the band featured vocalists Derry Wilkie and one Freddy Fowell, later to achieve huge fame and no small degree of notoriety as Freddie Starr, and landed a booking to replace singer Tony Sheridan at the Kaiserkeller club in Hamburg, playing at least five sets a day – 45 minutes on, 15 off – six days a week and living in filthy unlit digs behind the stage.
“We were having the time of our lives,” says Howie. “As band leader I had the only bed and slept under an old Union Jack flag I found, like I was lying in state. The other lads had to go top-to-toe on a settee and armchair pushed together. We washed in the only hand basin in the club’s ladies loo. But it was a great place for a young musician.”
Earlier that year The Seniors had auditioned with a host of other Liverpool bands for a summer season in Blackpool promoted by Larry Parnes, the manager who christened Merseybeat’s original hero, Billy Fury. Among the other acts at the audition were The Silver Beetles – the first time the word ‘Beetles’ had appeared – and Howie was unimpressed. 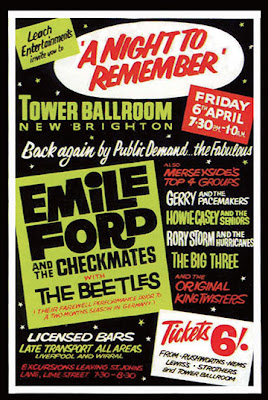 “Their drummer [Tommy Moore] hadn’t shown up so they asked Johnny Hutch [Hutchinson, from Cass & the Casanovas] to sit in with them. This is where the famous story comes from, that I was the man who tried to stop The Beatles being sent to Hamburg. That story has haunted me ever since. As I said, we were having a great time in Hamburg and didn’t want anyone to spoil the party. When I heard that Allan Williams had booked The Beatles I wrote to him begging him not to in case they blew it for the rest of us.
“And ever since I’ve been telling people that when I saw them again in Hamburg they were a different band – a huge improvement. I was asked about it at a Beatles festival in Liverpool recently and I jokingly said: ‘I never said that.’ Then there was a cry from the back of the hall, ‘Yes you did!’ It was Allan Williams – and I just said: ‘There speaks the voice of veracity.’ Some things you just can’t escape!”
:: Emile Ford had a number one hit with What Do You Want To Make
Those Eyes At Me For? in 1959 and was still a top draw when The Beatles supported him in 1962 just before their season at the Star Club, Hamburg. Howie and the Seniors were also on the bill