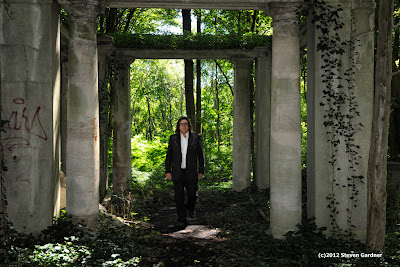 Billy J Kramer is in integral part of the story of The Beatles and Bournemouth.
As the main support act for their six-day summer season at the Gaumont from 19 to 24 August 1963, by day Billy J held court with The Beatles, almost as an equal, being interviewed, photographed and courted by local celebrities, dignitaries and the media. One of the grande dames of British newspaper columnists of the day, Nancy Spain of the Daily Express, interviewed Billy and gave the new(ish) Merseybeat scene her seal of approval.
They arrived in Bournemouth on Billy's 20th birthday and The Beatles threw a drinks party for him in their dressing room between shows. Also celebrating his second single Bad To Me (written by Lennon and McCartney), later that day they held a big reception at the Palace Court where they were photographed by Disc magazine who ran the shot on their front page that Friday to congratulate Billy on his birthday and his chart topping single.
I caught up with Billy on the phone from his New York home... and discovered he remembers things a little differently. 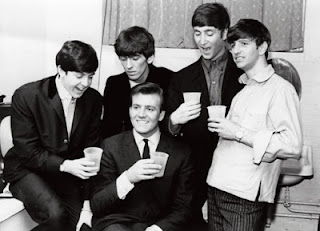 Billy, you appeared with The Beatles in Bournemouth as main support act on their six day summer season at the Gaumont in August 1963. It was your 20th birthday and The Beatles had a party in your dressing room (above) between shows on the opening night before a big reception at the Palace Court Hotel next door. Bad To Me was number one, wasn’t it?

Well, I’ll tell you the story of Bad To Me, as I remember it.
We arrived in Bournemouth and it was my 20th birthday and I have very distinct memories of drinks in the dressing room, the party at the hotel next door, cutting the cake and the rest of it, but this is what happened with Bad To Me.
They were getting all the gear on stage and everyone was having a big jam – Paul McCartney was playing drums would you believe?
I was in a corridor off the stage with John, just me and him, and he said he’d got this song they thought I might want to record. I said: ‘Well, let’s hear it then John. Are you going to play it for us?’ He said he didn’t what to play it there, but said he’d drop by the next time I was in Abbey Road. I kept on at him, but he wouldn’t budge, not even when we were back at the hotel. 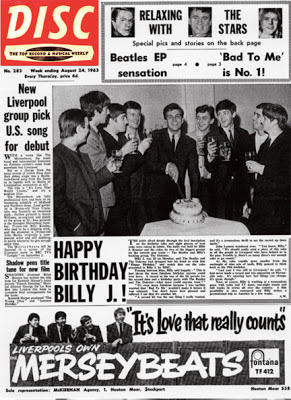 So anyway, a few weeks later I was at Abbey Road and I didn’t think he’d show, but then, sure enough, there he was. We had a chat and then he sat at the piano and played me the song – and it was Bad To Me. That was the first time I heard the song and it was after Bournemouth.

Funnily enough, there are photos of The Beatles reading a copy of Disc music paper that carries a headline about your 20th birthday and Bad To Me being number one.

Well, I don’t know how that could have happened. I have very, very good memories of that time. I can see John now sat at the piano playing the song to be. He also played me a new song they had called I Want To Hold Your Hand. I said: ‘Can I have that one?” and he said: ‘No, we’re doing that one ourselves.’
But, you know, I was 20 years old and having the time of my life.

It would be great for you to see these photos though Billy, everyone looked so young and innocent – obviously nobody had a clue what would become of you, The Beatles or anything else for that matter.

I’d love to see them as well because a lot of my stuff from that time I’ve lost or it has been ruined – I remember lending a load of stuff to my brother to show his mates and it came back all torn and tatty.
Someone gave me this photo not so long ago of me stood outside the Palace Theatre in Manchester with Cilla Black and Brian Epstein. We were doing a week there and there’s this magical photo of the three of us – things like that bring back some happy memories.

Talking of Brian, who obviously managed your career as well as The Beatles’, you’ve been campaigning to have him inducted into the Rock ’n’ Roll Hall of Fame. It seems incredible that he isn’t there already.

There’s a line in my new song Liverpool With Love that asks why Brian Epstein isn’t in the Rock ’n’ Roll Hall of Fame. I just can’t understand it. He gave the world The Beatles and he’s this almost forgotten man.
For the last eight months or so I’ve been campaigning to have Brian inducted because there is a place for non-performers and what he did with The Beatles changed music, it changed the world. There’s a limit to what I can do from over here in New York, but local radio in Liverpool has picked up on it and I just wish a few more would do as well because if it hadn’t been for him, the world might never have heard of The Beatles.
I remember seeing Brian out at night at gigs in Liverpool looking totally brow beaten because he’d been down in London all day trying to get a break for The Beatles and had suffered nothing but rejection all day long. It must have got him down, but he kept at it and because of that, the world got to hear The Beatles.
Now, if that’s not reason enough for him to be inducted into the Hall of Fame I don’t know what is. 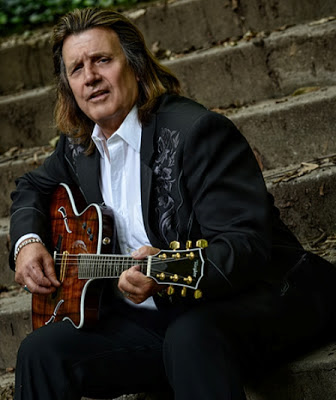 You’ve been off the radar for a few years, but there’s a new album ready for release, how did that come about?

I never set out to make a record, but it was one of them things where lots of little things come together and suddenly you see the way ahead.
It’s 30-odd years since I did any serious recording, I don’t know why. It’s just the way it was. To be honest, I never thought about it, there was always other things going on. Then I was in the UK a few years ago doing a track with Billy Kinsley (of The Merseybeats – I’m the One Who Loves You on the 1997 album Many Happy Returns celebrating 30 years of Radio Merseyside) and I was given a copy of his latest album and it was really good. I congratulated him on it and he said I should think about writing some songs.
I walk my dogs every day in a dog park near my home in New York and I got to know this guy who runs shows in schools to get the kids to eat properly, that kind of thing. He told me one day he also writes and records his own songs then he asked me what I do, so I told him I’m Billy J Kramer and he said: ‘Oh my, well, why don’t you get some songs together, I’ll help you.’
We came up with this song, I Can’t Keep My Dog Outside Tonight, which sounds like a country song, but isn’t. It has a dark side and there’s a light side to it as well. I wrote another song called Sunset Sante Fe, which my wife said is really catchy and then there’s the new single Liverpool With Love, which is my tribute to the city I love.
So it all feels very natural really, there’s nothing forced about this record.

The album’s called I Won the Fight – is that how it feels sometimes?

People tell me it’s my first album in 30-something years, but to me it’s more like my first ever album. To tell you the truth, all those albums I did years ago we never spent longer than 13 hours on any of them.
There were the singles and then a load of fillers, which I just sang through from the lyric sheet, then never sang again. I didn’t know the songs then, I don’t know them now, but that’s just how things were in those days.
I love to come over there to the UK and perform this record though. There’s nothing artificial about the album – it’s got real guitars, real drums, real keyboards, real bass – but I suppose a lot has to depend on how well the record is received when it comes out.
We’ll have to wait and see.