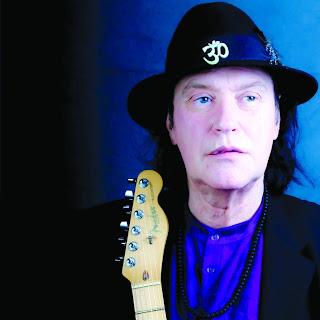 The ill-tempered night The Kinks opened for The Beatles at Bournemouth Gaumont - a one-off show on 2 August 1964 - has gone down in the annals of rock history thanks largely to Kinks' frontman Ray Davies' lengthy description of the backstage shenanigans in his superbly written autobiography, X-Ray.
He remembers lining up with The Kinks behind the curtain and hearing the crowd baying for his band while John Lennon and Paul McCartney tried to intimidate him and the band. What's more he say the audience screamed louder for his band than for The Beatles that night and for the second show they were moved to a different spot, closing the first half of the show, to prevent them overshadowing The Beatles.
There are lots of stories to counter those claims - not least an attempted stage invasion during The Beatles' set - but Ray's recollection gains a little extra weight in the light of comments made recently by his guitarist brother Dave (pictured) in an interview with Rock Cellar magazine.
The interviewer suggests The Kinks actually went on after The Beatles - a claim that's highly unlikely and one that was never suggested during research for the book Yeah Yeah Yeah: The Beatles & Bournemouth.
Dave replies: "The Beatles' manager, Brian Epstein, worked it out that way. He wanted us to go on after them.
"What happened is a year before we played before The Beatles at Liverpool Empire, I think, and they couldn’t get us off the stage.

"So I think with Brian arranging it for us going on after the Beatles at that show in Bournemouth was his way of showing us who the boss was. I mean, you try and follow-up The Beatles, but we thought we could. Epstein had that sort of humour."
The truth? Well, perhaps there are times it shouldn't get in the way of a good story - and, unlike his brother, Dave certainly doesn't suggest The Kinks blew The Beatles off stage.