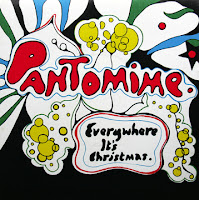 In this extract from Yeah Yeah Yeah: The Beatles & Bournemouth, Dorset and Hampshire regional fan club secretary Eileen Denton recalls how she got involved with The Beatles and why John was so upset before the Winter Gardens show in November 1863. She also remembers the thrill of receiving free Beatles records from the boys, especially at Christmas...

For all the hype and breathless headlines, The Beatles’ success depended on the continued enthusiasm of the fans. As ever, the media machine can’t manufacture a career from scratch, it needs the raw material to work with – a groundswell of interest.
In the 1940s, the bobbysoxers had hollered for Frank Sinatra in America and a decade later the scream crossed the Atlantic as English fans cried for Johnnie Ray, but there had been nothing like the reception for The Beatles. Other groups had dedicated fans, but The Beatles had many more – and they shrieked louder.
Among the first wave of die-hard fans was 22-year-old junior school teacher Eileen Denton, who became the Dorset and Hampshire regional secretary for the Official Beatles Fan Club in 1963 and held the post until their split in 1970.
“I’d fallen in love with The Beatles’ music straight away and I used to buy the Beatles Monthly magazine. Then I saw an advert they were looking for district fan club secretaries, so I applied and was thrilled to be accepted. I loved the fan club work. They used to send the fan mail on to us secretaries to reply to as they simply couldn’t have coped with it all themselves, they’d never have got anything done. We never replied pretending to be one of the boys, or signed any signatures, we always replied from the fan club. 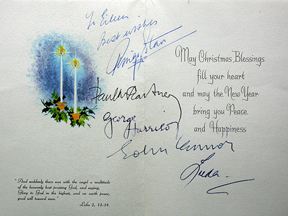 “They also used to send us all their records before they came out and special fan club records – free Beatles records – that was quite something. I suppose some of those fan club records are worth a bit now. They used to send Christmas cards and presents as well. I’ve got a bracelet and a nightdress, a black lacy number, way-hay!”
Like any Beatles fan though, Eileen lived for the chance to see the boys in concert.
“The atmosphere at the shows was electric, it made you want to scream. We went to see The Beatles wherever we could, usually in Southampton or Bournemouth. That week of the Gaumont run was really, really busy, but most weeks I could only do fan club work at weekends as I was teaching at the other end of Hampshire, at Hartley Wintney.
“You couldn’t really hear the group and a lot would depend on the acoustics of these venues, but I never went to what felt like a bad Beatles concert. People were in such heightened states. It was such fun and my Mum came to all the shows with me as well so it wasn’t just screaming young girls by any means.”
Eileen would have been a Beatles fan without the fan club, but being in the position of seeing more than the average ticket holder made the post all the more attractive. And even if it meant she didn’t always see her idols in their best light, there was always a good reason for their irritation. 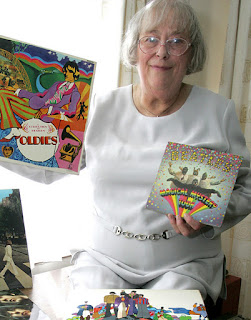 “At one of the Bournemouth shows they ushered in all these disabled children to meet The Beatles, much to John’s annoyance. I think his anger had to do with his own childhood. He used to play with children from one of these homes – it was called Strawberry Field. He knew he wasn’t going to make their lives better and he thought it was because the adults with them wanted to meet The Beatles. No wonder he was so angry.
“I saw them walking along the promenade by the beach late one night. We passed by quite quickly as they were obviously having a relaxing time – they didn’t want to be bothered by fans at that late hour. I actually felt sorry for them. The biggest downside to being a Beatle must have been the times when it was like being in prison.
"They may have had nice hotels, good food and a bar, but they couldn’t come and go as they pleased. They were virtually prisoners in those days – they could hardly leave the hotel. I remember Paul used to have a disguise and he would use it to slip past the fans so he could go out in the evening and he never told anyone what it was. He never got caught out so nobody knows what the disguise was.”
Posted by Yeah Yeah Yeah: The Beatles and Bournemouth at Tuesday, December 20, 2011