A Hard Day's Night in Poole 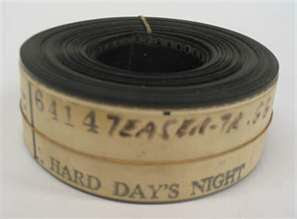 A rare print of A Hard Day's Night will be screened at Lighthouse, Poole on Tuesday  (28 February) as part of the exhibition of photos from Yeah Yeah Yeah: The Beatles & Bournemouth which is showing until 10 March.
The original print, one of just two available for public screening, shows at 7.45pm and copies of the book will be on sale at the screening.


To whet your appetite, here's an extract from the book in which Tony Crawley talks about meeting the boys on the set of A Hard Day's Night... 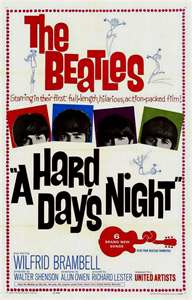 “After leaving Bournemouth in 1964 I joined a Rank Organisation magazine called Showtime and was sent down to the end of shooting on A Hard Day’s Night to be there when the producers handed out their gifts to the boys. They were filming the final scenes where you see The Beatles at liberty running through a park. They’d shot most of it, but they just had the lads jumping off these stepladders – of course no one knew why until we saw the final film, but they seemed quite happy.
“Paul, of course, was doing his routine. He would come up to you and greet you with your name: ‘Oh hiya, you’re Tony, aren’t you? What are you doing up here?’ It made you feel good, you know: ‘My pal Paul’. It wasn’t until later you realised he didn’t have a clue who you were, he’d just been smart enough to find out.”
The film came out on 4 July, followed by the soundtrack album four days later. It was almost as big a hit with the critics as with the public. 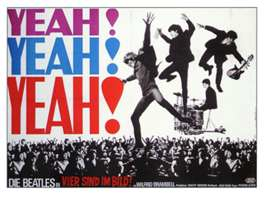 “The Beatles’ films were incredibly popular as well,” says retired Gaumont projectionist Joe Heathman. “We had people coming in to see them and staying all day, which you could do back then.”
Of all the band’s films A Hard Day’s Night now seems the least dated. Although there’s a satirical edge to Alun Owen’s Oscar-nominated script, Richard Lester directed it as a feel-good romp through the life of The Beatles at that time, portraying four likeable lads in search of a little peace and quiet. He continued the theme in the more experimental follow up Help!
When Help! came out in 1965 I saw that four or five times at the Electric cinema (in Bournemouth) in Commercial Road next to where Marks & Spencer is now," says Martin Bartlett.

Posted by Yeah Yeah Yeah: The Beatles and Bournemouth at Sunday, February 26, 2012