Long before they sprouted facial hair in public, it seems The Beatles at least toyed with the idea of beards as far back as August 1963, as they trod the boards in Bournemouth during their summer season at the Gaumont.
Jim Cregan, who’s best known for co-writing and producing a string of hits with Rod Stewart including Forever Young, Tonight I’m Yours and Blondes (Have More Fun), grew up in Poole and was at one of the Bournemouth Gaumont shows that summer.
“I was one row back from the front of the balcony,” he remembers.
“One of them wore a huge false beard for the first song – it might have been George. My friend, who saw an earlier show, said it was worn by someone different.
“They played for half an hour and it was almost impossible to hear them for the screaming. 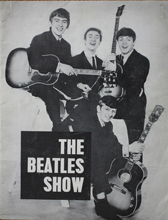 “It was the only time I saw them although I got to meet them all at different times. More recently I played with Ringo at a benefit.
"What a life!”

A couple of years after the Gaumont shows Jim moved to London where he established himself as one of the foremost guitarists of his generation, playing with The Ingoes, Blossom Toes, Julie Driscoll, Stud, Family and Linda Lewis before joining Steve Harley & Cockney Rebel in 1975, for whom he created the instantly recognisable guitar solo on Make Me Smile (Come Up and See Me) – in Studio 3 at Abbey Road.
“I’d only just joined the band so it was pretty exciting just recording in there. I remember there was cupboard under the stairs in the studio full of all these toys The Beatles had played around with.” 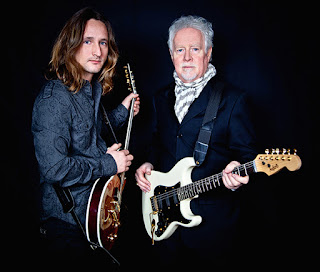 He joined the original Rod Stewart Group in 1976 and was musical director until an amicable split in 1995. More recently he played on the first two Katie Melua albums and now fronts his own band Cregan & Co with former X-Factor singer Ben Mills, playing the songs he wrote and performed with Rod Stewart.
:: Christmas is coming and Yeah Yeah Yeah: The Beatles & Bournemouth is available to order from www.beatlesandbournemouth.com as is a selection of art prints of photos featured in the book.
Posted by Yeah Yeah Yeah: The Beatles and Bournemouth at Monday, November 05, 2012