Tea and biscuits with Mimi 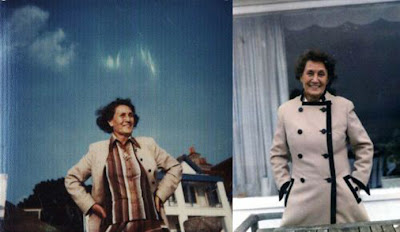 Above: Mimi at Harbour's Edge; and (below) in the lounge with John

Retired policeman Clive Garland was on duty the night Beatlemania gripped Bournemouth like a vice – 16 November 1963.


He was part of the squad detailed to escort The Beatles from Madeira Road police station to the Winter Gardens in a Black Maria police van.
Clive was simply doing his duty amid the mayhem that night - rubbing shoulders with hysterical teenagers and bewildered pop stars was all in a night’s work.
Events moved fast and as soon as the tidal wave of Beatlemania had broken on Bournemouth, the next morning it was gone.
However, Clive had not long joined the Bournemouth Borough Police Life Saving Team – and before long he was to again enter the orbit of The Beatles. 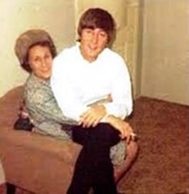 “We trained at Stokewood Road swimming baths every week and taught life saving in Schools throughout the Borough,” he remembers.
“We would train in the River Stour, at what was then Pontins holiday camp, and Bryanston School for competitions all over the south of England.
“On a couple of occasions in 1966 we were taken to Harbour’s Edge, the bungalow that John Lennon bought for his aunt Mimi in Panorama Road. We swam off the steps in Poole Harbour, which meant swimming constantly against the out-going tide, so as not to be washed out to sea.
“PC George Ferneyhough was our trainer. The team members included David Bradley, Bill Stevenson, Peter Owen, Tom Morgan, Richard Thomas, Charlie Case, John Howes and myself.
“Aunt Mimi would bring out tea and biscuits after we had finished.”
:: For the full story of The Beatles at the Winter Gardens in Bournemouth and more about how Aunt Mimi came to live by the sea at Sandbanks, see Yeah Yeah Yeah: The Beatles & Bournemouth. Copies available to order here at the special price of £14.95.
Posted by Yeah Yeah Yeah: The Beatles and Bournemouth at Sunday, March 24, 2013